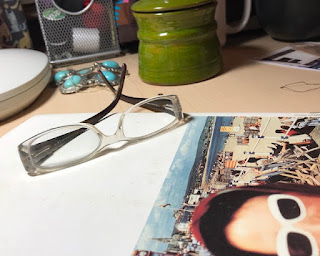 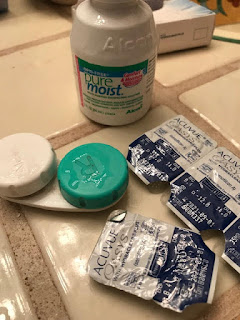 The tipping point was when I had to have special order contacts in order to get enough power to see clearly.  I decided to spend my money on surgery instead of lenses. Driving at night now is clear, those hazy shadows of confusion mostly gone. My point of contact with the world is permanently altered to a new point of view, an almost-full moon night sky view, my white eyeball flower of resurrection.
Posted by jules at 9:40 AM