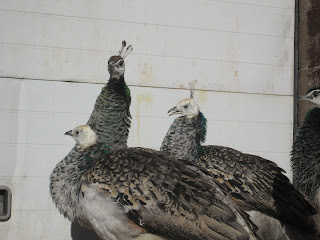 On a sunny December day, (12.28) Kari and I drove to New Ulm to see the Wanda Gag house. We had talked about this for awhile, and I am glad we did it. Kari and I are in our writing group together and she introduced me to the Gag family history. First, we saw the Schell Brewery - the peacocks were sunning themselves! 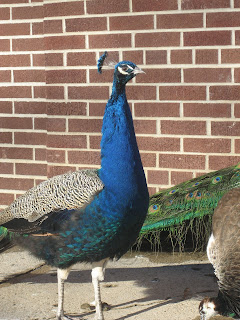 "Herman the German" is a statue on the hill overlooking New Ulm - this commemorates the battle between the German tribes and the Romans back in 9 A.D. - the Germans won. Next summer will be the 2,000 year anniversary of this event and New Ulm will stage a reinactment of the battle of the Teutoburg Forest. 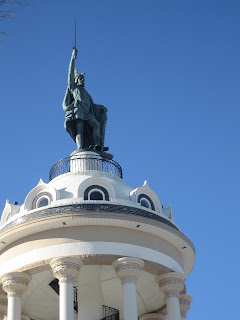 A visit to New Ulm is not complete without a German meal for lunch. Kari has a
relative that owns a restaurant so we had sauerkraut and ribs, bread pudding, and warmed ourselves with some 'chocolate' beer.

We had a personal tour of the Wanda Gag house, built in 1893. When Wanda was 14, her father died and asked her to make a name for the family. There is a nephew of the Gag family in Bloomington, but very few relatives remain, Wanda did not have any children. She was 35 when "Millions of Cats" was published, her most well-known children's book that has a fairy-tale style to it. The font of the book was hand-lettered by her brother.

At the time, in the 1930's and 1940's, she was very independent - she had a scholarship to a New York school and chose to accept it and move there (this was after her mother died) and the older children worked hard to put the younger children through high school. The rest of the family wound up moving to Minneapolis and selling the house - it eventually became a rental and had to be restored after it was bought by the historical society. Her father, Anton Gag, was also a well known painter and photographer and supported the family by painting the ceilings of many churches, and he had his own photography studio, the Elite Art Studio. Several of Wanda Gag's drawings are in the Minneapolis Institute of Arts, however they are in storage. The MIA was dedicated in 1915 and Wanda and her fellow students served as exhibition guards on opening night. This was when she was going to school at the Minneapolis School of Art. 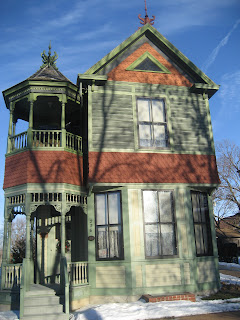 My personal favorite for her drawings is "Two Trees" a linoleum cut from 1923. (I can't find a photo on line of this print) Wanda submerged herself in nature and art theory and was a bit disappointed because she never went to Europe like some of her other friends, but she found solace in nature - this is a diary entry from June 1922 in which she describes her response to being among daisies on a hilltop:

"There is an exuberance and lavishness about the foilage that is
intoxicating and the lascivious plentitude of their form filles me with
primitivism..I want to tear off all my clothes and lie among the grasses...Or
else I want to run -- fast and selselessly...I also like to sit and watch the
forms and rhythms of the clouds and the essence-form of the trees and hills, and
I like to let my eye create compositions wherever I direct it, with curved and
diagnol force-lines, inter-relation of spaces and forms, all
complete."

(from the biography "The Gag Family: German-Bohemian Artists in America" by Julie L'Enfant, a good intro bio I recommend)

I like how Wanda Gag focused on intensifying a message - forms are simplified and distorted, a bit like folk-art. She was a bit of a surrealist - and used sexuality and the unconscious as the routes to art.

Wanda Gag had many lovers and did not get married until the end of her life, to Earle Humphreys, and only because he needed to be married to keep his job at a machine shop. Wanda died of lung cancer in 1946, but as was the custom then, the doctor didn't tell her what was going on, he told her husband and Earle never told her the truth. He left her estate a mess and died a few years later. Wanda's younger sister Flavia did some paintings of her own but Wanda was the one who supported the family and made a name for herself. 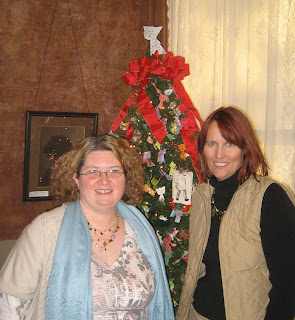 The Gag house was decorated with Christmas trees when we

visited - one for each of her books. Here we are standing in front of the one for "Millions of Cats" and there are paper cats as ornaments. I did not know much about Wanda Gag until our visit, so I am glad we went and I look forward to going back in the summer.